"A mobile retention mechanism must be found to make mining projects feasible." | GEMERA 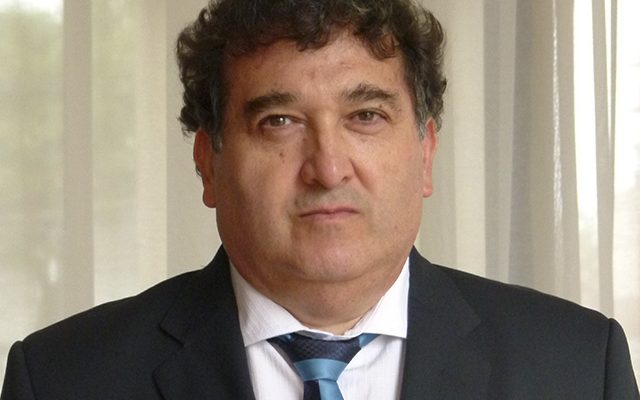 Within the framework of the San Juan Agreement, a multi-sector and citizen’s call from the government of Sergio Uñac, which includes more than 70 sectors of the economy, science, culture, and health among others, to jointly outline a post-pandemic work scheme and plan State policies for the next 10 years, mining set out objectives and conditions for development. In this regard, the president of the Mining Chamber of the province, Mario Hernandez, spoke with Sabrina Pont and Pablo Gago in Futuro Sustentable radio on AM 1220.

What does the mining sector propose in the framework of the San Juan Agreement?

From the mining sector, between now and 2030, the great opportunity that San Juan has for a change of scale in mining matters is to put into operation the four copper porphyries, which are Josemaría, Pachón, Altar and Los Azules. Work is being done on these. They are large investments, but they are basically projects that involve a great deal of social participation in terms of the mass of workers and in terms of how companies providing goods and services can participate.

For example, we would need to produce limes two and a half times more than what we have today in production in the province. In that sense, it is also a huge possibility for the non-metalliferous mining sector. One of the aspirations of this San Juan Agreement is that the province has 70% private employment and 30% state employment.

Why is copper mining a development opportunity today?

The world is moving towards a new energy paradigm. And these new energies need more mining. And in this sense, copper is going to have a great participation, and also the by-products of these great porphyries which are molybdenum, gold and silver. Not only for the manufacture of the new clean energy generators. The need for copper that an electric car has is going to be much greater than that of a combustion car.

Those who think of a green world without mining, I tell you that it is quite the opposite. It’s going to take more metals. In that sense, thinking about clean societies implies thinking about more copper production; the market has read it that way for the post-pandemic, the international price of the metal is rising and makes it possible to make the explored projects feasible. Furthermore, I believe it will exceed u$s 3. It is undoubtedly a great opportunity.

With the four porphyry copper projects underway in 2030, San Juan could export 300% more than it exports; that would mean for the economy of the province the generation of a co-participation and a half more only by the mining movement.

What are the conditions to achieve these objectives?

Fiscal predictability is what most impacts on development. Currently, gold exports have a 12% withholding, because even though it is established that it is 8%, there are still no regulations and therefore this measure could not be put into practice. But also remember that mining has a tax burden of 55% of the value of sales and we must seek a regional balance. In Chile and Peru they have taxes close to 45% on sales. This doesn’t mean that mining is asking not to pay withholding taxes, I think we have to look for a mechanism of mobile withholding taxes so that projects are feasible, that is, so that they can have a positive feasibility and investment is decided.

Doesn’t this exceed the decisions that San Juan can have and require a broader agreement with Nación?

Exactly. All sectors are asking for an articulation with the national government. This is also the idea put forward by Alberto Fernández’s administration to carry out a mechanical “project by project” to promote the development of the most advanced ones that could lead the country to export minerals and equal the levels of soybean exports, for example.