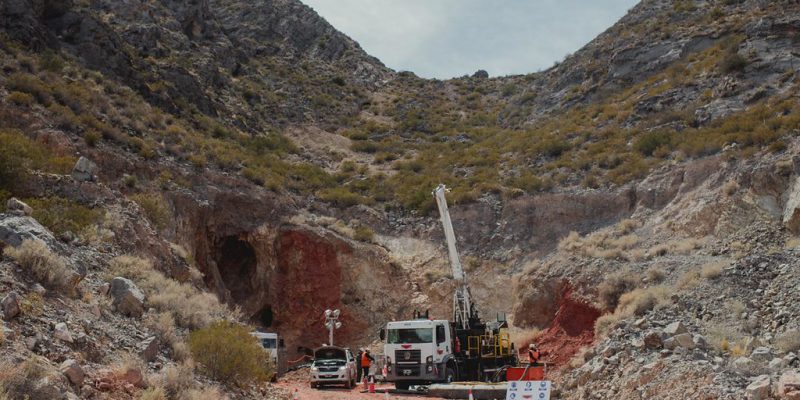 Golden Mining, the Argentine subsidiary of Challenger Exploration (ASX: CEL), reported that it will allocate up to US$ 14 million to drill 35,000 meters of diamond in the Hualilan Project and thus update the reserve report for the fourth quarter of 2021.

Challenger Exploration Limited (CEL) recently announced that it already has US$ 20 million to make rapid progress on both the Hualilan Gold Project, located in San Juan Province, and the El Guayabo Gold-Copper Project in Ecuador.

The president of Golden Mining, Sergio Rotondo, indicated that of that amount between US$ 12 million and US$ 14 million will be for the Hualilán Project alone. “We are working with the Provincial Institute of Mining Exploration and Exploitation (IPEEM) to expand the area in the surrounding area that was never explored and that will have an additional budget,” said Rotondo.

“Those 35,000 meters will become the most aggressive campaign of a junior company in recent times. We are finishing negotiating the agreements with the drilling companies and we will start within a fortnight. The plan is to have four machines at a time that will be able to do, on average, about 4,000 meters per month in total. We estimate that in the next twelve months we will have the reserve report,” explained the executive.

The current reserve report of the Hualilan Project is under the international JORC standards, because as it is an Australian company all the work responds to those standards. Therefore, the fully updated reserve report, which would be ready in Q4 2021, will be made compatible with JORC.

Golden Mining has already started the search for personnel to be incorporated in this exploration campaign. “Within the next thirty days we will add quite a few people to the staff and it will be 100% from San Juan Province. The number of employees is changing because we are finishing the definition of the exploration program. We started out needing ten people, now there are twenty and it is possible that by the end of the year there will be even more. Let’s remember that each drilling company has about thirty people, which in total we can say that we will exceed one hundred workers between direct and indirect”, said the president of Golden Mining.

The Hualilán Project’s drilling history was 15,000 meters (in the last 100 years) and the company, since it took over, has drilled another 10,000 meters. “With these numbers, we can say that with the 35,000 meters we would be well above any historical campaign in the 150 years that the deposit has been in existence,” said Rotondo.

The final objective is to reach the feasibility and production phase of the Hualilán Project, located in the San Juan foothills, which will mean a substantial increase in jobs.

The Mining Sanitary Trailer that the company Golden Mining had available to attend the health of the population of the mining departments of the province, is now in the hands of the Ministry of Health of San Juan so that it can be used as long as it is needed and without any cost. This Mobile Sanitary Unit reinforces and facilitates the work of the professionals involved in COVID-19 controls.

In addition, Sergio Rotondo indicated that the company is hiring an expert to make an assessment of the community and thus have a report of what the needs are “to see what we can contribute beyond the work we generate.