The final solution to Huaco's drinking water supply is near | GEMERA 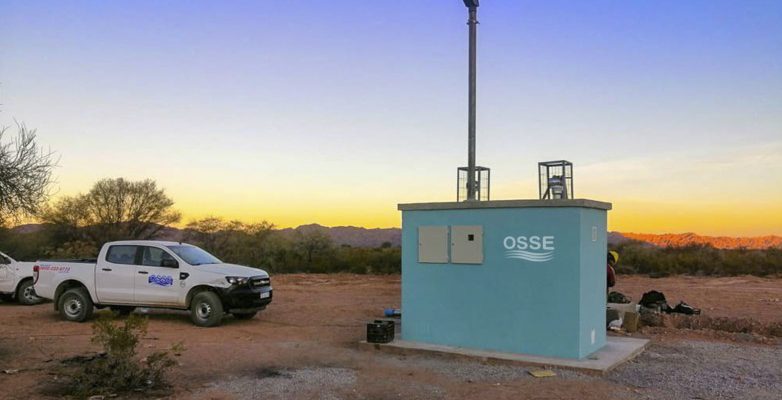 Through the Ministry of Mining in conjunction with the Gualcamayo Project, the drilling work was financed to provide 350 families in Jachal with drinking water.

Three months after the collapse of the drinking water drilling that left the Huaco area without service, and with the construction of the new complete drilling, the final laboratory stage is actively progressing.

Throughout the drilling work, which is 132 meters deep, physical-chemical analyses of the aquifer were carried out to ensure the quality of the water table.

The process of Development of the Well, consists of a purge that extracts waste from the construction until it reaches an optimal turbidity, that is to say, the parameters suitable for human consumption are reached. This process is carried out in rotating periods to ensure that all the construction materials are eliminated.

Once this stage has been completed, the process of Disinfection of the Well continues. This consists of adding chlorine and allowing it to act for a minimum of 72 hours, then purging again to completely eliminate the chlorine and finally carrying out microbiological analyses. With this last analysis, which takes 48 hours, the microorganisms established by the Argentine Food Code are determined.

If the results do not comply with the limits established by law, the disinfection is repeated as many times as necessary. In the instance that the result is in accordance with the legislation, we proceed to the next step which is the purge of the Network.

The Network Purging is essential, since in the last months I circle water from an alternative well, enabled to cover secondary needs such as: deposit of toilets, personal cleanliness, domestic cleaning and irrigation. The drinking water suitable for human consumption was distributed by cistern trucks from OSSE’s Minor Works division and others from the Municipality, both loaded from the Jáchal drinking water plant and analyzed by the Health Works Laboratory Department to control the hygienic quality of the water and the truck.

Finally, once the network has been cleaned, the water entering the new well is subjected to physical-chemical analysis. At the moment that they give Final Approval for Human Consumption, is when the network will be enabled and the population will be informed that the water is optimal for consumption.
It is important to mention that, due to the hard work involved in the entire purification process and the laboratory analyses required for the quality of the water in the area, we were able to complete the major work 20 days ahead of schedule.

The work was financed through public mining trusts in San Juan, for which the Ministry of Mining contributed $12,550,722.12 through the Gualcamayo Project Infrastructure Trust Fund.