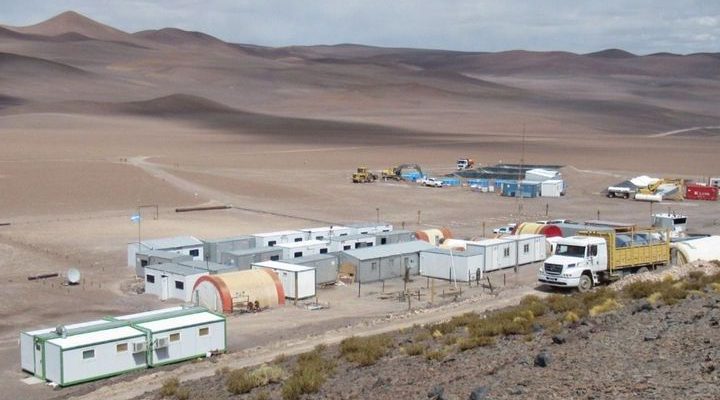 They perform RCP analyses on the workers once they leave the camps and swab them back to the mines. Preventive and hygiene measures are increased.

Shortly before mining activity was considered essential and could resume its work in what would be “a new normality”, several companies in this field joined forces to collaborate in the struggle of all Salta residents against COVID-19. So much so that they decided to contribute more than 8 million pesos to the Government for the purchase of respirators, which today equip the emergency rooms ready to face this situation.

Much was said about this, but little is known about the reality they are going through and how they decided to face the return of their workers to the activities in the exploration plants. In a permanent dialogue with both the COE and the provincial and municipal authorities of the Puna, the mining companies adopted a more than strict protocol to guarantee the health of all. All mine workers are given a PCR before they go up, to ensure that there is no unreasonable spread of infection in avoidable circumstances, and they are given the same test when they return from the camp. In this way it was possible to detect the 4 cases that tested positive among workers in this area before they went up to the plant.

“In addition, the transit of the workers in the Puna was reduced by extending their stays, and a strict protocol of biosecurity and daily temperature measurements is followed, always maintaining the distance and divided by shifts,” added Simón Pérez Alsina, manager of a mining consulting firm.

In turn, Eramine company reported that, since February 28, implemented a “Comprehensive Program of Health and Safety action to COVID-19 risk,” a comprehensive action plan whose basic foundation is the health of all its staff in addition to compliance with key objectives of the company, such as the operation of the pilot plant, maintaining community actions and for the environment. “We carry out mitigation, control and prevention measures, such as cleaning protocols, training and PCR testing. To date, 395 were negative and 60 are in process, in addition to constant medical check-ups to identify symptoms compatible with the virus,” said Ricardo Rodriguez, Eramine’s Human Resources and Sustainability Director.

“We must recognize the enormous effort our mining sector is making to contain the community. It is the only activity that is carrying out massive tests on its workers in a rigorous way, and that is why there are no cases in the mining camps, unlike in Jujuy, for example,” said Alberto Castillo, president of REMSA, which is part of the Salta Mining Chamber. “Both the Chamber of Mining and the Area of Mining Services and Suppliers comply with this strict protocol, more than many other sectors,” he added.

Jimena García Bes, head of Human Resources of the company Hanaq Group, said that the transfer of personnel to the operations is done in combis or minibuses at half capacity in order to guarantee social distance. “Our health and safety personnel hold regular talks at the mining operations to raise awareness of prevention measures,” she added. In addition, he said they had only two protocol activations to date.