Argentina is well positioned to be a major lithium producer | GEMERA 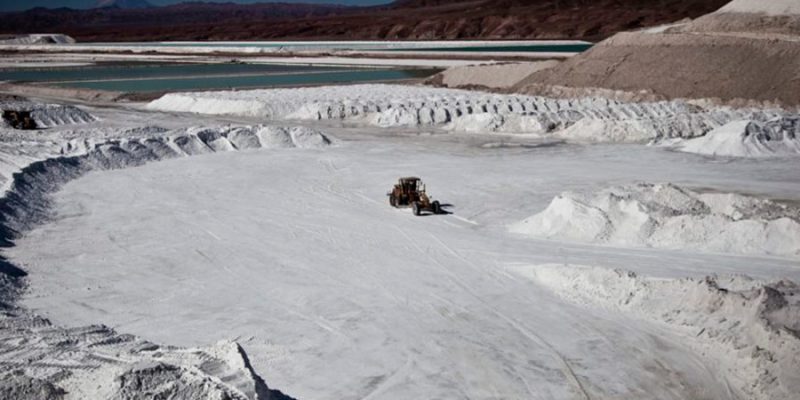 The coronavirus pandemic has had far-reaching effects on most industries around the world, and the lithium segment is no exception. There too, there has been a slowdown in capital commitments, but the prospects for demand growth suggest that it has only been delayed and not derailed, and that Argentina will play a key role in supplying global requirements.

The global lithium market should grow by 500% over the next 35 years, but, according to U.S.-based consulting firm DCDB Group, the lack of financing for new projects and expansions of existing operations will lead to lower supply between 2023 and 2025.

Over the next three years, the global lithium industry will be eager to start up new projects and the country with the best chance of catching up is Argentina.

As the world’s third largest producer of the mineral, the Argentine government included 15 lithium brine projects in its plan to boost mining exports over the next decade.

Currently, Argentina has two lithium producers: Livent and Orocobre, which operate in the Hombre Muerto and Olaroz salt flats, respectively, but the country also has the most advanced lithium brine project in the region, Lithium Americas’ Caucharí-Olaroz (pictured), which should begin operations in 2022.

With a capital expenditure of US$565mn, Caucharí-Olaroz is one of the top 10 lithium investments in the region. The project, which is part of a joint venture with China’s Ganfeng Lithium, is expected to produce 40,000t/a of lithium carbonate, which would more than double Argentina’s current production of 30,500t.

In addition to Caucharí-Olaroz is the US$474mn Sal de Vida project, controlled by Australia’s Galaxy Resources, which is currently in the design phase.

But another factor in Argentina’s favor is the support offered to investors by authorities in the provinces of Jujuy, Salta and Catamarca, which have facilitated procedures for complying with legal and environmental requirements.

The country also has a fixed tax of 3% for lithium producers.

In July, Argentina took another step forward to help boost the lithium industry with the creation of the Calbafina chamber to support new projects and help set lithium prices in international markets.

In a recent interview with BNamericas, Benchmark Mineral Intelligence analyst José Hofer said that the market value of Argentine projects is at low levels and that this opens up opportunities for companies interested in buying projects and bringing them into production.

Chile’s territory contains 60% of the world’s lithium reserves and currently accounts for 20% of global production, but lithium can only be extracted in association with a state company or under a special contract similar to that granted to local producers SQM and Albemarle.

The closest project to starting production is the US$563mn Maricunga lithium brine initiative that is currently stalled due to bureaucracy.

Maricunga is part of a joint venture formed in 2019 by Australia’s Lithium Power International and state-owned copper producer Codelco.

After a 15-month process, the initiative’s environmental impact assessment was approved last February. Engineering, procurement and construction bids are underway, but although the complex engineering due diligence process began in Q2, further details have yet to be revealed.

Earlier this year, Chilean lawmakers voted to introduce a new 3% tax on the value of minerals extracted by companies that produce more than 50,000t of lithium or 12,000t of fine copper. Discussion of the bill remains on hold.