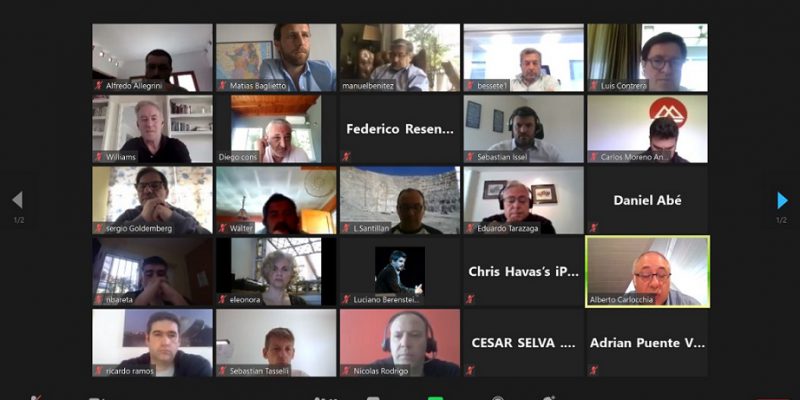 Yesterday, a meeting was held via Zoom between both chambers, headed by the president of the CAEM, Alberto Carlocchia, Nicolas Bareta and the executive director, Luciano Berenstein. The Chamber of Suppliers’ Commission was headed by its president, Luis Contrera, together with the executive committee. Representatives of more than 35 member companies of the Chamber also participated as listeners.

CAPMIN made an institutional presentation on the impact on jobs in industrial and service providers generated by the mining industry in the country, and the realities and potential of exporting goods and services to mining companies in the Southern Cone.

For its part, CAEM, through Alberto Carlocchia and Nicolas Bareta, gave a clear and convincing summary of the mining situation in the country, potential investments and their problems, the need to continue exploring in order to extend the life of the deposits and the urgent need to generate joint work of the entire sector.

It was agreed to have a space for dialogue in order to promote eventual national industry goods in the local and international mining market, which will be led by Luciano Berenstein and Diego Cons.